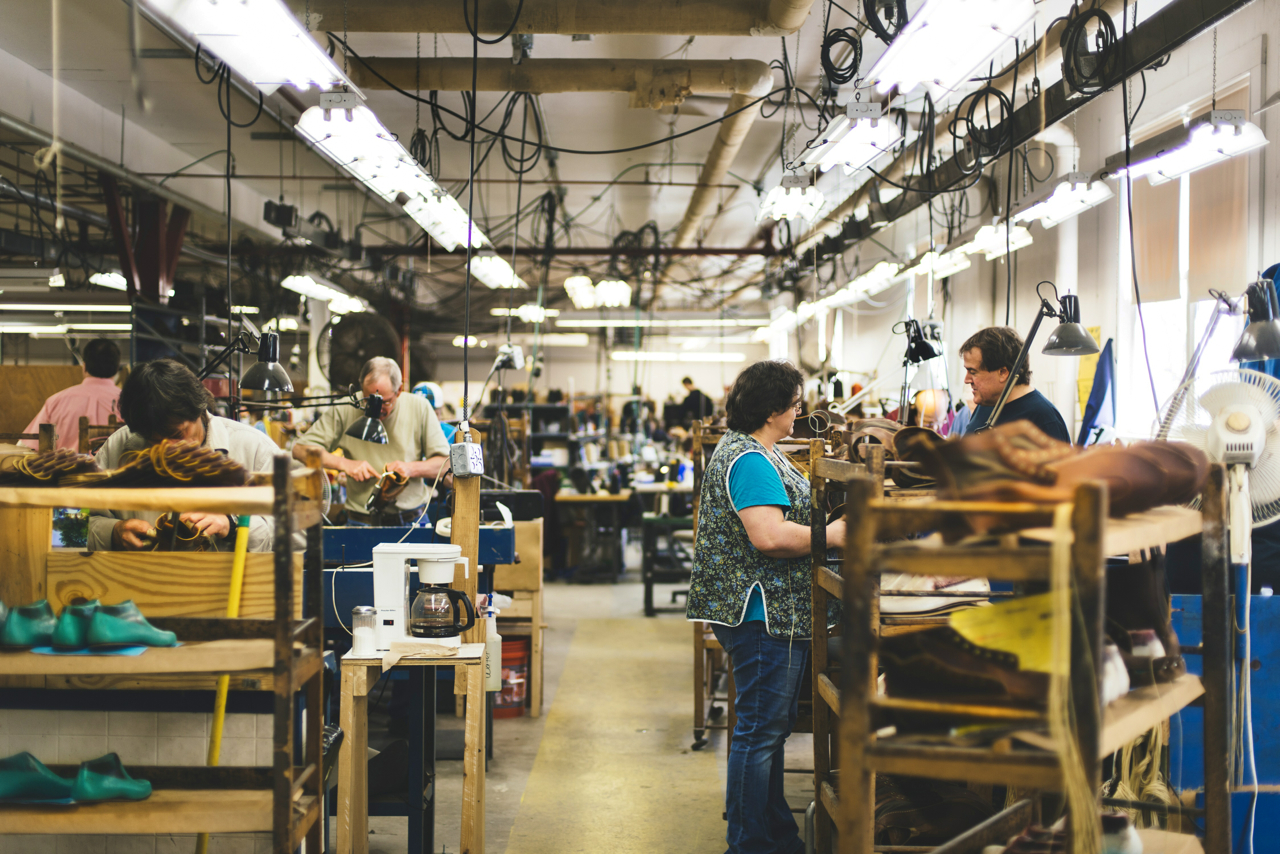 In my opinion, Rancourt is the quintessential American shoemaker. The company’s Loafers, Camp Mocs, and Rangers are some of the shoes I wear most frequently. It’s a family business and has been making shoes in Lewiston, Maine for the past 52 years. I’ve written about them a decent amount and advocated for them frequently. Over the years they have supported this site and the Pop Up Flea appearing nearly every year we had the event. Over the course of the last decade, I’ve become good friends with Kyle Rancourt who helps run the business with his father Mike. The Rancourts are good people and they make a wonderful and honest product. I’m a fan.

A few weeks back I called Kyle to catch up. I asked how the business was doing and he told me things were really slow. They weren’t in dire straights or anything, but the normal sales on the website weren’t materializing and several wholesale orders had been cancelled or postponed. The were worried that they would have to lay off workers in the factory.

That’s the thing when you own your own factory — you are responsible for those people no matter what happens. While brands can cancel orders and never think about it again, in manufacturing it’s a different beast.

The solution for Rancourt was a little bit of a radical idea. If they could just replace some of those big private-label or wholesale orders they could keep the factory working for at least the foreseeable future. That would help keep them at full employment and keep the machines running. It says a lot about the family that people is their biggest concern and preserving the tradition of Maine shoemaking that has existed in Maine for generations. What Mike and Kyle decided to do is make customers an amazing offer in exchange for a little patience. They launched a crowdfunded offer of wholesale pricing on some it’s best sellers that ship in 8-12 weeks once they could reach minimums. By making 150 pairs all at the same time they could take advantage of the efficiencies of manufacturing to make the big discount work for the business.

If they could sell enough to meet the minimums they could keep the factory busy for weeks if not months. The offer went out first to customers on the Rancourt email list a little bit less than a week ago and the response crashed the website. By the next morning the orders were coming in every minute at a surprising volume. It quickly became clear that the brand was on the road the keeping the factory busy for a least a few weeks. It was a huge relief for me to hear. Part of me is selfish and I don’t want one of my favorite shoemakers to have to lay off a bunch of staff and potentially have to make more dire decisions. Mostly I was happy for the shoemakers who work so hard to make such a traditional product. I was happy that the Rancourts could breath easy for at least a little bit.

The crowdfund turned out to be the perfect storm. People can help to save a distinctly American craft, a family business and keep a diverse group of people employed while also getting a very good deal on a pair of American made shoes. As far as what’s been happening during this pandemic there haven’t been many bright spots, but this is definitely one of them.

As of right now all but one or two styles have been funded and will be made. The wholesale offer is still going and every little bit helps. You can help by supporting Rancourt here.

Thanks for posting. I put my Rancourt order in as soon as I received their email. American manufacturing of apparel needs to be supported. Whole communities rely on plants like these and the skills these workers have are very rare and hard to replicate.

I discovered those guys right here some 8 (9?) years ago.. countless pairs since, all I wear.

I wanted to add that guys like Scott @ Rancourt make the experience as well, the front of the house customer-facing aspects of responsiveness, accountability to detail, et al.. let alone just old school thoughtfulness, ultimately. “Simple aint easy” but they have that equation down to a science and the product is always matched by the high level of service. Keep it goin..

Thank you for your support

Any help with sizing. I wear Russell Mocs and must size down 1/2 size.

I size down a half size in Rancourt from my sneaker sizes.

Thank you! I’ll do the same.